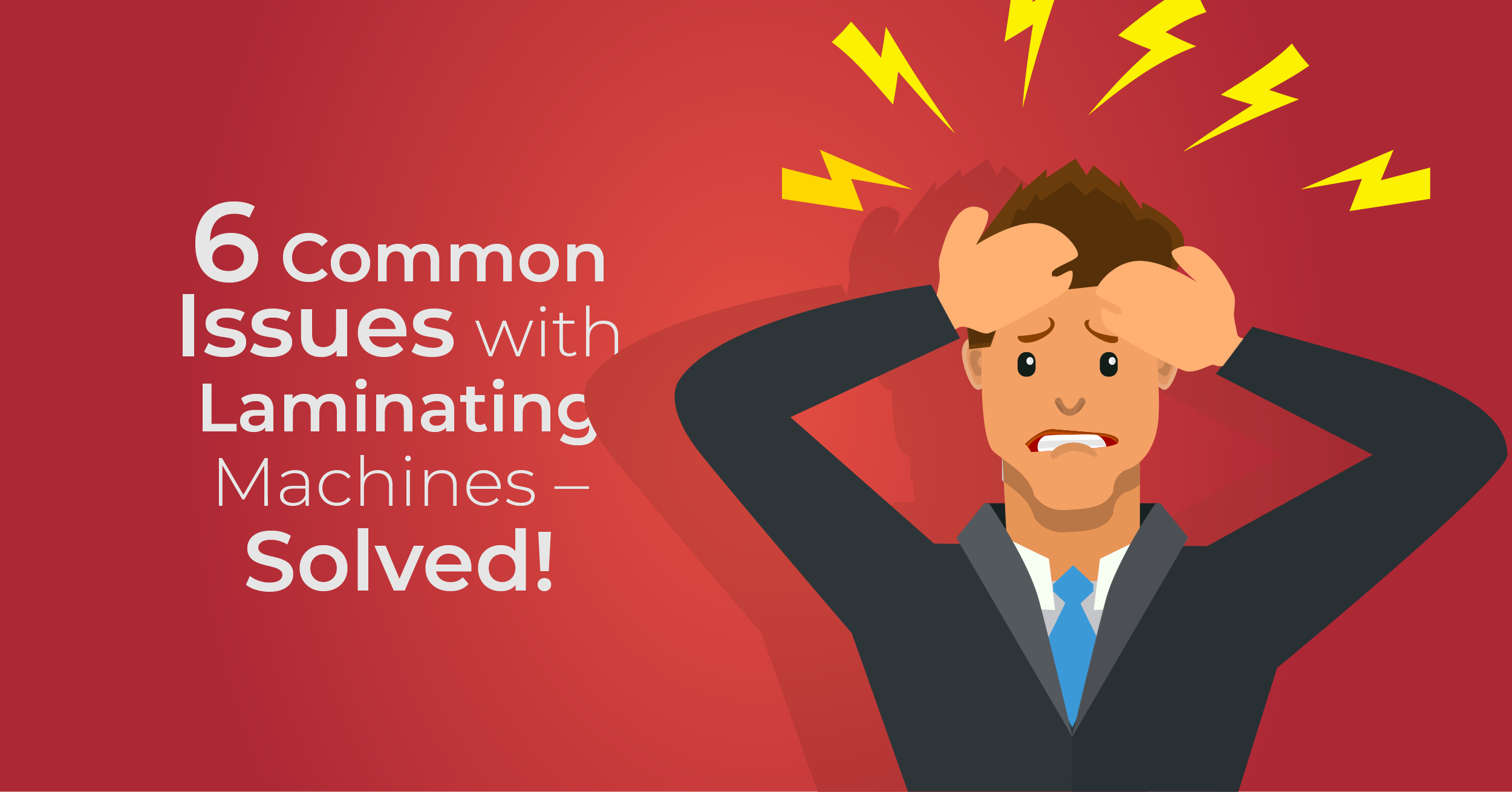 I purchased my first machine back in 1982 and started protecting portfolio books for photographers. 30 years later, I’m proud to say Express Encapsulating is the largest encapsulating business in the UK, with the aim of protecting the nation’s print from damage, so print can look better, for longer, no matter where it ends up.


One of the most common questions I get asked is 'What's wrong with my laminating machine?' In this article we look at the 6 most common causes and how to fix them.

Laminating machine problems usually go something like this…“How do I get the film to stick properly?” and “How do I stop getting bubbles under the film?”

These are 2 of the most common troubleshooting questions printers ask me about laminating, and they reflect a lot of pent-up frustration.

After all, finishing issues like these delay jobs, waste film and waste stock. So how do you solve them? In this blog post, I give basic solutions to these problems and more. Use these mini-checklists to help you streamline production and give your customers better quality.

This is particularly common with digital print, and it’s because of the ink composition and the way inks bond to the adhesive. The denser the ink coverage, the harder it is to get the film to stick.

Laminating too early can cause film adhesion problems.

2. There are bubbles under the film

Bubbling is generally a combination of many factors, so there’s no single quick fix.

Laminating film bubbling is often caused by incorrect tension on the film.

3. The print ends up with orange peel

If you’re finding fine wrinkles or waves, it’s usually because the machine is too hot.

If you laminating film is becoming wrinkled you may need to reduce the temperature.

A bit of print curl is normal but should resolve with gentle smoothing. If this doesn’t work, try to:

5. There are marks on the print

This is usually due to something stuck on the roll or a feeding issue causing the image to distort.

6. The film keeps wrapping around the rear rolls

This is a particular problem with lighter films, and it’s because of the effects of static electricity. You can gently pull the wrapped film off the rear rolls by running the machine in reverse. To prevent the problem:

If you’re using a lightweight laminating film, be aware of static electricity issues.

Get in touch for some free support if you have more questions. Give me a ring on 01179 414 999 or email me at sales@expressencap.co.uk. 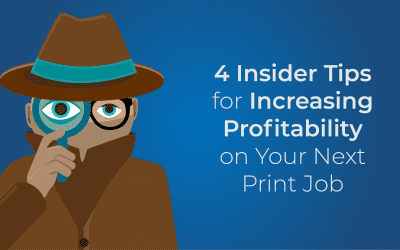 4 Insider Tips for Increasing Profitability on Your Next Print Job

Are you worried about competitors pricing below cost? In the BPIF Printer Outlook Survey for Q2, 70% of printers said they were, making it the number one business concern. 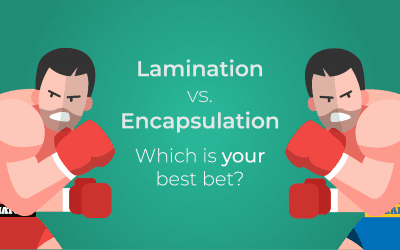 Lamination vs. Encapsulation: Which Do You Need?

There’s still confusion about the difference between lamination and encapsulation. In this article we clarify the distinction. 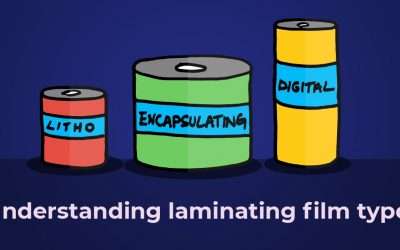 Not sure what type of laminating film to buy? Read this blog for advice and tips.